Why augmented reality is the bright future of marketing

There’s an increasingly prevalent change occurring in the marketing campaigns of many of the biggest brands in the world. The marketing mix of leading brands such as Mercedes Benz, L’Oreal, Uber, and Pepsi have introduced and begun to utilise the significant marketing power augmented reality presents to the industry through its technological and engaging capabilities.

With the increasing prominence and sophistication of technology; augmented reality promises only to improve and deliver more innovative and captivating purposes for businesses leading into the future. It certainly has been marked by many; as the ‘next big thing’ and the future of marketing.

What is augmented reality?

Augmented reality, often abbreviated to ‘AR’, is the combination and delivery of real and virtual worlds. Often captured and presented through a camera, the real components have digital layers added over them to generate an immersive and separate world.

It’s likely you’ve interacted with augmented reality before without fully understanding the technology you were dealing with. From the Pokemon Go craze that swept the world in 2016 to Snapchat filters, augmented reality is slowly becoming integrated with our lives on a daily basis.

The possibilities of what can be done through augmented reality are seemingly endless. This poses a huge and unprecedented opportunity for marketers to develop abstract ideas and apply new technologies to create unique experiences. 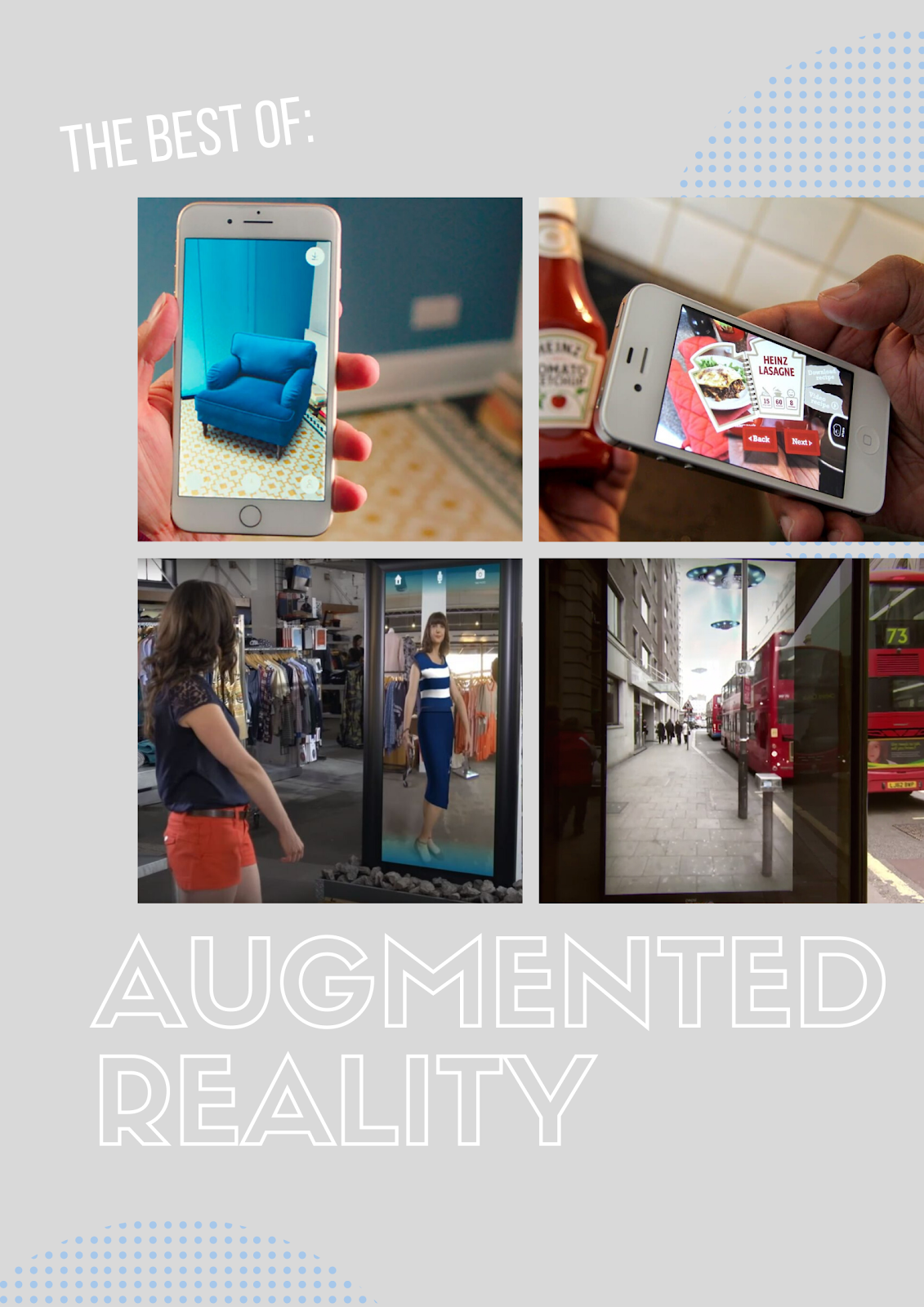 How augmented reality can be used for marketing campaigns?

Augmented reality campaigns provide an entertaining platform that consumers are excited to engage with due to their new and innovative nature. Marketers are always seeking effective strategies and means to target audiences, and augmented reality boasts an extensive list of reasons why it can help them clear these objectives:

Augmented reality technology provides a potential customer to develop a personal experience with the product through a variety of ways. Many apps and promotions have strengthened marketing campaigns by allowing consumers the ability to ‘try’ the product before buying it. Personal opportunities like sampling clothing over your body, trialling furniture in your apartment, or testing makeup on your face have all been made possible by augmented reality technology.

This is very powerful to the consumer, as it allows them to make a more assured purchasing decision by trying before buying. But the psychological theory of loss aversion is at work, as the consumer immediately attaches the product to their current state of existence; encouraging them purchase so they don’t have to give up a product they are already emotionally attached to a BRP report indicated that 48% of consumers said that they’d be more likely to buy from a retailer that provided AR experiences.

Outside of the marketing and business environments; the educational prospects that augmented reality can support are equally significant. However, when you combine both the marketing and informative properties of this technology, it further showcases the power that augmented reality will hold for future years in the marketing industry. A report conducted by online site Animoto found that 73% of consumers confirmed they were more likely to purchase a product or sign up for a service after being shown clearly how it works and its applications.

Augmented reality is positioned brilliantly to expand on this phenomena as it is being perceived as the ‘next big thing’ of educational and instructional content.

This innovative technology is so exciting to consumers that it doesn’t really matter currently what brand you’re representing or product you’re trying to sell. People have grown bored of ads and giving them a new groundbreaking experience is all you need to draw in the masses to your brand. It’s so important to keep your audience engaged in today’s society seemingly dominated by advertising.

Augmented reality is believed to be so captivating, that a study by The Drum report reveals augmented reality advertisements can capture people’s attention for over 85 seconds, increase interaction rates by 20 per cent, and improve click-through rates to purchase by 33 per cent.

This a very powerful tool for businesses aiming to draw in new audiences as well as entice their target market.

Augmented reality advertisements go viral more often because they evoke strong emotional responses of happiness and awe, they make people laugh and engage by bringing magic to the boring monotonous world. This ability to make people feel something through this technology is a great mechanism for encouraging people to share with their friends and spread your brand and experience through word of mouth.

According to Business Insider; awe is the emotion that matters the most when it comes to content going viral. Augmented reality’s ability to bring out of world environments and experiences to life lends itself naturally to going viral.

What will Augmented reality look like in the future?

In almost every industry that is utilising augmented reality technology, it is being perceived as continually improving and generating success. Multiple big industries like entertainment, automobiles, and education have also uncovered the benefits and possibilities of augmented reality. This, in addition to augmented reality’s close ties to artificial intelligence and mobile services, is resulting in lots of investment and research being made to continue to develop and expand the technology and its capabilities. By 2025 it is predicted that augmented reality will be a 25 billion ($USD) dollar industry with growth expected to continue.

Augmented reality will only continue to grow and become a more dominant force in the market. As it does, and all the opportunities that will surround this development; augmented marketing will take over the future of marketing.

How to utilise augmented reality for your business?

Before developing an augmented reality experience to market your brand, it remains critical to determining how to best showcase the value you provide through your augmented reality ad. Asking questions such as “will this lead to a behavioural or attitude change towards my product/service” and understanding the complexities of each of this is fundamental to implementing augmented reality to your marketing mix.

There is a range of both firms and gig freelancers emerging in the market that specialise in providing augmented reality consulting services. These companies boast the top talent in developing innovative and relevant projects for their clients; delivering the most sophisticated augmented reality experiences integrated effectively into well-planned marketing strategies. Both developers and integrators of augmented reality will come to prominent figures across all industries in the following years.